The uniform of ‘The Red Rose of Lochbuie Pipes and Drums’ 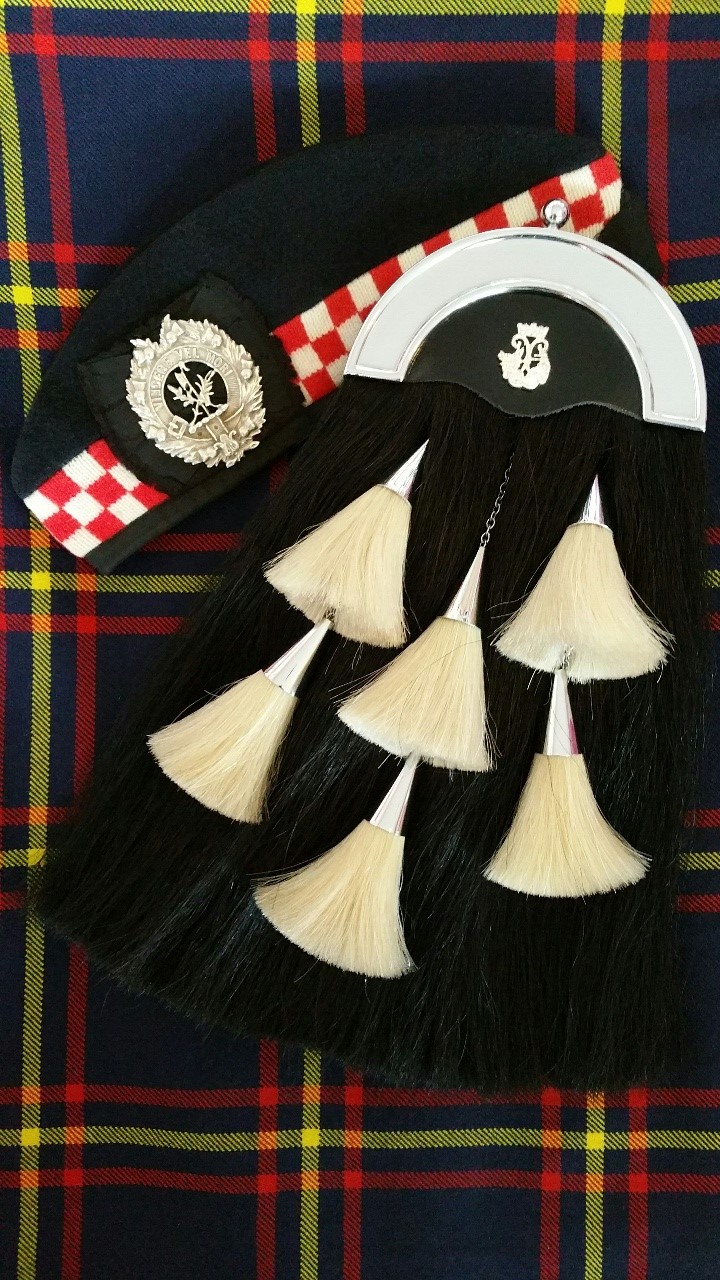 The uniform of ‘The Red Rose of Lochbuie Pipes and Drums’ is primarily based on the uniform worn by the former Pipes and Drums of the Argyll and Sutherland Highlanders.  But there are some exceptions. The main visual difference is the use of another tartan. Also the specially designed band badge, which is worn on the glengarry, the waist belt and the leather sporran, differ from those that are worn by the Argylls.

The band use the so called No2 Service Dress, both in ceremonial  and in non-ceremonial version. As in the army, there is a clear difference in the uniform worn by the pipers and the drummers. Weather permitting the uniform can be changed to ‘shirt sleeve order’, meaning that no jacket and tie are worn.  When raining green Inverness capes are used.